The image of young married couple April and Justin Barber taking a moonlight walk on a warm Florida beach sounds ideal. They were supposed to be celebrating their third wedding anniversary. But within hours, everything changed.

A passing motorist made a call to 911. Justin was found bleeding and slumped behind the wheel of his SUV. He said that he and his wife had been attacked by an unknown gunman. First responders went to the beach to search for April while Justin was airlifted to a trauma center in Jacksonville, Florida.

Although he had been shot four times, Justin recovered quickly. He cooperated with police interviews, claiming to love his wife, despite his multiple infidelities and April’s friends’ claims that April had been planning to leave her husband. This is a chilling and tragic story of love, greed, and loss. Join us at the quiet end for He Used to Love Her, the April Barber story. 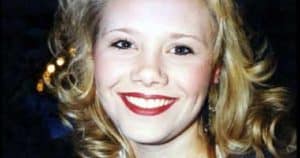